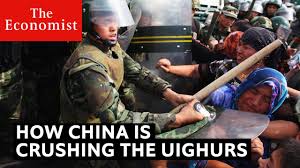 Telecommunications Legislation: Human Rights of Uighurs – Questions in the House as Uighurs are shackled and as the Board of Deputies of British Jews says: “The World will neither forgive nor forget a genocide against the Uighur people” and the Foreign Secretary says that this is,  “reminiscent of something not seen for a long time.”

To ask Her Majesty’s Government, following their announcement about the involvement of Huawei in UK telecommunications, what steps they are taking to include a human rights threshold in telecommunications legislation.

My Lords, we want respect for human rights to be at the centre of all business that takes place in this country. As I said on Report of the Telecommunications Infrastructure (Leasehold Property) Bill, we are committed to bringing back the matter of human rights and modern slavery at Third Reading. The Government are also taking action to ensure the security and resilience of our telecoms networks, with our recent announcement on Huawei and work to develop the telecoms security Bill.

My Lords, has the Minister had the opportunity to watch the video recording I sent her last Wednesday, which appears to show shackled and blindfolded Uighur Muslims in China being led from trains to camps? The Board of Deputies of British Jews has stated:

“The World will neither forgive nor forget a genocide against the Uighur people.”

The Foreign Secretary has said that this is,

“reminiscent of something not seen for a long time.”

What progress has the Minister made in pursing my request to ask British Telecom how it verifies Huawei’s denials of the use of slave labour or the use of Huawei technology in oppressing Uighur people?

It is impossible to have watched the footage to which the noble Lord referred without a sense of horror and deep concern. As my noble friend Lord Ahmad said in answer to an earlier Question, the Government will not look away from human rights abuses in Xinjiang. We are working actively with the Home Office and the Public Bill Office to work out what can be within scope for an amendment on the issues the noble Lord raises about the supply chain.

My Lords, when the Minister comes back at Third Reading on the telecommunications Bill with an amendment, will she bear in mind that although the Government have taken action to exclude Huawei from the 5G work we still need a human rights threshold in order to exert leverage on China to change its current appalling human rights practices, including forced organ harvesting?

The Government have been very clear. My right honourable friend the Foreign Secretary yesterday used the term “gross human rights abuses.” We will pursue a number of avenues on this because human rights clearly do not apply purely in the telecoms supply chain, but much more widely.

I gently remind noble Lords to keep their questions and contributions brief so that we can get as many in as possible.

My Lords, human rights should be integrated in all UK trade policy, not just telecoms. What work are Her Majesty’s Government doing on this?

The noble Lord is right. They absolutely should be in all trade policy. Announcements were made yesterday by my right honourable friend the Home Secretary. We are also doing a great deal of work on the modern slavery legislation. A consultation is out at the moment about modern slavery and the supply chain, and the Home Office will report on that later this summer.

My Lords, I was privileged to speak recently with Nathan Law, the Hong Kong democracy campaigner. Given his assertion that companies such as Huawei serve the interests of the Chinese Communist Party, and that we know from the footage at the weekend that that includes the reported use of slave labour in concentration camps, does my noble friend agree with Marie van der Zyl, the president of the Board of Deputies of British Jews, that

“The World will neither forgive nor forget a genocide against the Uighur people”?

What more can we do to stop this genocide?

We have been very clear about the level of concern about human rights abuses of the Uighur Muslims in Xinjiang province. We have recently announced important new moves on extradition and arms sales in relation to Hong Kong, and we continue to be at the forefront of raising these issues in multilateral organisations, including the UN Human Rights Council, most recently at the end of June.

My Lords, when the Secretary of State announced a change in Huawei’s status last week he also said that full-fibre and older networks will be treated differently from 5G in terms of their technology, security and vendors. Will the Minister expand on the remit and timetable of the consultation that the Secretary of State announced? Will she undertake to ensure that vendors’ human rights positions will be part of that consultation?

The remit of the full-fibre broadband operators to which the noble Lord refers has been defined as a short technical consultation to understand what alternatives there are in the supply chain to balance the risk of delay and an unwise reliance on a single provider.

My Lords, given the widespread reports of the Chinese authorities forcing members of the Uighur community into forced labour in the Xinjiang region, including in the manufacture of masks and PPE, can my noble friend tell the House what assessment the Government have made of the risk that any of the United Kingdom’s or UK-based companies’ supply chains could include products manufactured using forced labour? What guidance has been given to UK companies in this regard? Are the Government considering mirroring the sanctions that the US has recently imposed on Chinese companies allegedly involved in the abhorrent abuse of human rights?

The Government share my noble friend’s abhorrence at this kind of abuse of human rights. We have led the way with our modern slavery legislation. Some 16,000 companies a year now make modern slavery statements, but we are also aware, as is my noble friend, of how hard it is to track abuses through the supply chain. We have set out a clear modern slavery assessment tool and regularly direct companies to the overseas business risk guidance when they consider operating in areas where human rights abuses are alleged.

My Lords, given the absolute denial by the Chinese ambassador on Sunday of the fact that millions of members of the Chinese minorities are being deprived of their fundamental human rights in Xinjiang, can the Minister assure the House that Her Majesty’s Government will seek evidence of compliance with international human rights law by China before Huawei is afforded any further opportunities for trade with the United Kingdom?

The decisions on Huawei’s place in the 5G network were driven by security considerations. As a Government, we clearly have multiple responsibilities, of which national security comes highest. The advice we received from the National Cyber Security Centre changed and therefore our policy has changed.

My Lords, the Secretary of State said last week that the Government have a clear and ambitious diversification strategy to replace Huawei. On closer inspection, that rather appears to be based on persuading the existing suppliers, Nokia and Ericsson, to step up and hoping that Samsung and NEC will get involved. Given our world-leading creative industries, can the Minister list which British companies have been approached?

I fear I cannot list the British companies but I am more than happy to write to the noble Lord. I am not sure whether that information is in the public domain. However, I reassure him that my honourable friend the Minister for Digital Infrastructure is actively working on this as we speak.

My Lords, is the Minister aware that a regime that is contemptuous of the human rights of its own citizens and of international standards of human rights will have no restraint about abusing the human rights of UK citizens or persons resident in the UK who may have fled from that regime when it has access to telecommunications systems as a means of doing so?

I understand the noble Lord’s point but we work very closely with GCHQ and the National Cyber Security Centre and take significant advice on how we can protect our citizens. We keep that under constant review.

My Lords, the time allocated for this Question has now elapsed. 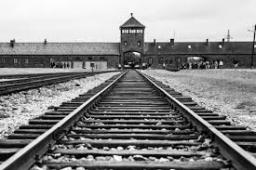 Lord Ahmad of Wimbledon, the Foreign and Commonwealth Office, has provided the following answer to your written parliamentary question (HL6548):

Question by Lord Alton of Liverpool:

We have noted the publication of a draft data security law and are reviewing its contents to establish the likely implications for British nationals and UK businesses in China, as well as for Chinese businesses operating in the UK. We work closely with British businesses in China to understand any issues the Chinese legal framework may raise for them, and regularly raise such issues with the Chinese authorities.