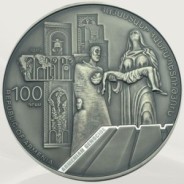 https://www.americamagazine.org/politics-society/2019/10/31/armenian-genocide-and-religious-persecution-draw-us-attention-syrian
House Votes to Recognize Armenian Genocide, Angering Turkey
Yesterday, the American House of Representatives voted to recognise the Armenian Genocide
One Democrat Member, Anna Eshoo, from California, the only Armenian-Assyrian member of Congress said:
“Ive been waiting for this moment since I first came to Congress 27 years ago,” –  – .“Members of my own family were among those murdered, and my parents fled with my grandparents to America. What all of the persecuted had in common was that they were Christians.”
At a conference on religious freedom is New York, also held yesterday, I welcomed this decision and said:
“In 1914, Christians made up a quarter of the Middle East’s population. Now they are less than 5%. Syria’s Christian population has declined from 1.7 million in 2011 to below 450,000 ; in Iraq ethnic cleansing and genocide has reduced the ancient Christian population from 1.5 million (2003) to below 120,000 . Archbishop Bashar Warda of Irbil recently remarked:“The world should understand that on our path to extinction we will not go quietly any longer… so that, if some day we are gone, no one will be able to ask: how did this happen?”
“This slow burn genocide began in 1915 and it hasn’t ended yet. In 1915 1.5 million Armenians were murdered in a genocide still unrecognized as such by the UK, let alone by Turkey.
In 1933, the Jewish writer, Franz Werfel published, The Forty Days of Musa Dagh, a novel about the Armenian genocide. Werfel’s books were burnt by the Nazis, no doubt to give substance to Hitler’s famous remark:“Who now remembers the Armenians?”
A fatal chain of events stretches from the Armenian genocide to Hitler’s concentration camps and the depredations of Stalin’s gulags and Mao’s Cultural Revolution; from the pestilential nature of persecution, demonization, scapegoating, and hateful prejudice, to the recent genocides against Christians and other minorities in Iraq and Syria.
Consider the events of the past month which are another chapter in this same bloody story.
Turkey’s illegal invasion of North East Syria; its alleged use of chemical weapons against its population; its absorption of Jihadists supporters of ISIS to fight alongside its army, has led in the last month to the further displacement of 160,000 people – many from the religious minorities; and now the ethnic cleansing and repopulation of the areas from which the minorities have been driven.
Meanwhile, in one detention camp alone, where there are 68,000 ISIS families whom the Kurds have been holding prisoner, the ISIS flag has been flying again. And among those being hunted down, enslaved or killed once again are the Assyrian Christians and the Yazidis.
I vividly recall a Yazidi woman, a former Iraqi Member of Parliament, telling us in the UK Parliament:“The Yazidi people are going through mass murder… This is a genocide and the international community should say so”.
But did we? Do we? Will we?
Isn’t this what the Jewish lawyer, Raphael Lemkin – whose family had been murdered in the Holocaust – intended to prevent when he conceived the 1948 Genocide Convention – with its triple duties to prevent, protect and punish? But never again keeps happening all over again – and on our watch.” 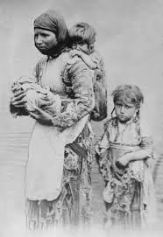