Surprise Celebration of 40 years in Parliament – 40 years since the Liverpool Edge Hill By ElectionFreedom is not “free” it comes at a great price.

Yesterday, I was genuinely moved, and taken completely unawares, by a surprise celebration of my 40 years in Parliament, held in Mr.Speaker’s House.

Not everyone can hear their obituaries in advance of their death! 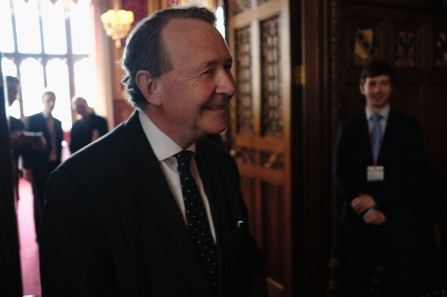 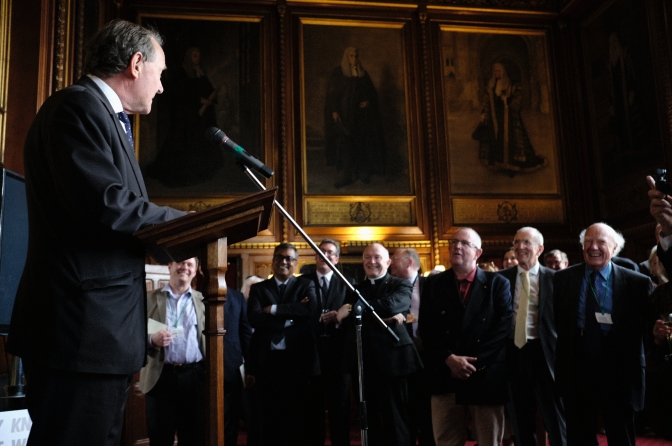 Among those who joined family and friends were some of those whose cases and causes I have tried to champion over the years – from the former Soviet Union to China, North Korea and Pakistan.

In the 1980s I travelled to what was then Leningrad to secretly meet the family of an imprisoned Christian musician, Valeri Barinov. Happily, I was able to be on hand to meet him at Heathrow when he was subsequently released. Thirty years later he was among those at Speaker’s House yesterday. So was a young North Korean, tortured, imprisoned, and today working in the British Parliament.

I recalled that on the US memorial to those who fell in Korea are the words “Freedom is not Free”.

Our freedoms and our privileges come at a great price and we should never take them for granted.

All of us must go on doing small things for those without a voice – remembering that only13% of the world live in countries with a free press; that 250 million Christians are persecuted worldwide – along with Rohingya and Uighur Muslims, Tibetan Buddhists and many other minorities; that violence is too often the fate of the voiceless.

Those who organised yesterday’s event dug out some old coverage of my election to Parliament; including footage of the election count on March 29th, 1979 with its 36% swing; 64% of the vote; and 8000 majority. 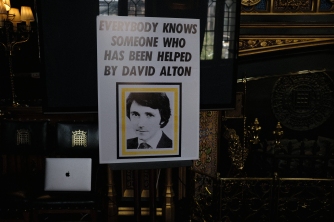 That constituency of Edge Hill was an impoverished inner city neighbourhood where I cut my teeth: half the homes had no inside sanitation.
It was the neighbourhood where, 80 years before, my own political hero, William Gladstone came, out of retirement, to make his last speech – seeking to rouse the conscience of the nation about the Armenian massacres.
Gladstone often warned of the dangers of surrendering your beliefs in order to obtain self-advancement or power : “the love of power must be replaced by the power to love.”
Today’s politicians should be judged by their causes and by their willingness to speak truth to power.
On entering Parliament I was fortunate to serve alongside the last generation of MPs who had seen active service in World War Two. They had a profound belief in public service and duty – and felt truly privileged to be serving their country in Parliament.
Those “awkward squad” MPs are the greatest justification of our Parliamentary system: the bloody minded, difficult and persistent parliamentarian who is determined to put right some minor injustice. They are the bits of grit that enter the oyster to enable the pearl to emerge.
In Britain it’s a system that produced a William Wilberforce. In countries like Pakistan it produced men like Shahbaz Bhatti and Salman Tasser – both murdered for speaking out for suffering and persecuted minorities.

And, perhaps, in the face of populism – that encourages xenophobia and hate mongering – we must be willing to be unpopulists – championing unpopular causes; being politically courageous rather than politically correct.

Some clips shown at the Anniversary party:

I was especially touched to receive this message from Alexander Ogorodnikov, for whom I campaigned while he was incarcerated in soviet gulags: 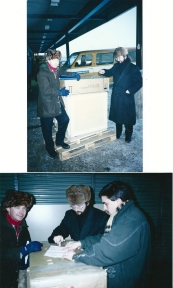 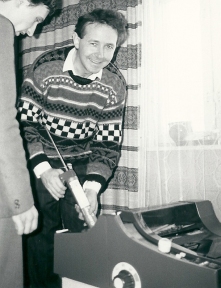 I Express my deep gratitude for your tireless struggle for the sacred right of man to believe in God and to testify of faith by deeds, compassion for the persecuted, and even by his life! Our grateful memory preserves the memory of your prayer and active participation in my miraculous liberation from the dark bowels of the Gulag, your help in obtaining the first printing press for a free Christian press, in organizing food aid as a fulfilment of the Christian commandment “I was hungry, and You fed me” MF. 25:35.

We appreciate your uncompromising campaign against abortion and your courage to defend human rights in the face of the dictator of North Korea!

May the years of your life be blessed, dear David! And may God help your worthy Ministry!

I embrace you – Your Orthodox brother Alexander