Roscoe Lecture by John Bird MBE, Founder and Editor in chief of The Big Issue. Click here to hear the lecture:

The 109th Roscoe Lecture – “The Necessity of Poverty” – took place at Liverpool’s Philharmonic Hall on Tuesday January 15th at 6.00pm. It was be delivered by John Bird MBE, the founder of “The Big Issue”. 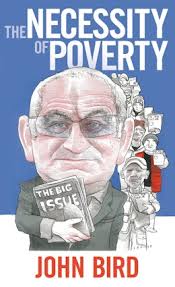 John Bird – founder of The Big Issue – delivers a Roscoe Lecture based on the title of his book “The Necessity of Poverty.”

I had intended to begin by remarking on the topicality of John’s appearance on BBC Question Time on Thursday last. However, a more poignant starting point is to mention the sadder and as John put it “the senseless” killing of two vendors of The Big Issue who died in Birmingham on Friday last. John recently said that “since the days when poverty was big in my life I have been asking many questions, Why? Why poverty?” And many other Whys? Those deaths perhaps add one more “why” to the list.

John Bird has just published a new book “The Necessity of Poverty” – from which this Roscoe Lecture takes its title. It’s what its author calls “a tough book because it asks tough questions about the process of giving, arguing that giving changes little in the lives of the poor. Using the words of The Big Issue: is it “a hand up, or a hand out?”

He says that “Governments have created a new class of people who are outside society: workless, broken, and lost to ambition and to social improvement.”

John Bird arrived at his conclusion through the university of adversity and the school of hard knocks. 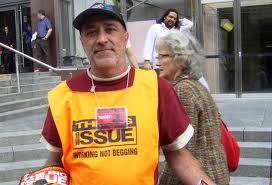 He was born into a London Irish family in a slum-ridden part of Notting Hill just after World War II.

Homeless at five, in an orphanage run by the Sisters of Charity between the ages of seven and ten, he began to fail over and over again in every area of his life.

He says that despite the contrast of pristine cleanliness with a damp hovel over-run with mice and rats, the generous portions of food, the clean beds and clean clothes could not make up for what he calls the “homieness” of our hovel. “There wasn’t a moment when I did not want to escape it and go back to the shivering under-fed coldness of poverty.”

After three years in an orphanage he was returned to a family home and he says “then the trouble began.”

From the age of ten onwards he was shoplifting, housebreaking and generally stealing whatever he could lay his hands on. Vandalism and arson were amongst the crimes he committed. “Not only was I poor but I added to the problems of my life by breaking the law.” He says that “For quite a few years I was one of those troubled people who come and go in the prison system.” Eventually, through work he got out of poverty and began raising a family. 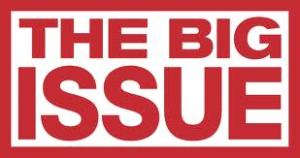 How To Tackle Poverty – the big issue.

In his late twenties, and after several prison sentences, John became involved in politics. He also fathered three children, became a printer, and successfully ran his own small business. At the age of 45, his many life experiences enabled him to start production of The Big Issue.

He also began to set out his approach to life – perhaps summed up in his assertion that “Governments have created a new class of people who are outside society: workless, broken, and lost to ambition and social improvement. Hovering around them”, he says, “are countless “supposed” defenders of the poor, who see nothing wrong in warehousing people in ghettos of inactivity.”

He remains optimistic but realistic, shaped by experience: “Having lived through poverty, and exited it through my faith and some education while in the prison system, I know that there are thousands of people who could have done the same.” He remains hostile, not to the people trapped in poverty but to the dependency culture which can simply leave them there. He says that the poor must “be given a chance to fly.”

In June 1995 he was awarded the MBE for ‘services to homeless people’.

He is an Honorary Fellow of Liverpool John Moores University, a Visiting Professor at Lincoln University and a Doctor of Letters at the Oxford Brookes University. In 2003 he was chosen by the Queen as one of the Most Important Pioneers in Her Majesty’s Reign. In 2004 the United Nations awarded him the Scroll of Excellence for his international work in poverty. It was presented at the Habitat Celebration in Nairobi by the President of Kenya, at the Habitat Celebration in Nairobi. In the same year he also won a public vote by BBC London as London’s Living Legend.

This lecture (and previous lectures) will be available at:

A new category of Good Citizenship Awards will be launched at the lecture for young people who have overcome seemingly impossible odds and turned their lives around. 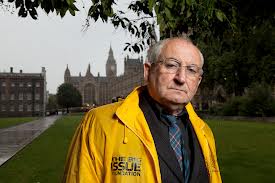