Remarks by David Alton at the Memorial Service for Phyllis Bowman DSG, founder of Right To Life, held at Westminster Cathedral on July 3rd 2012, followed by the Homily of the Most Revd.Vincent Nichols, Archbishop of Westminster.

We’re all going to really miss those short sharp messages: “It’s Phyllis; it’s urgent; ring when you can.” It was always urgent and it always elicited a response as soon as I could.

That her memorial service should be held on the very day on which Lord Falconer has published a Bill to legalise assisted dying – the euphemism for euthanasia – leads me to suspect that even now, our friend in high places is telling us its urgent and wanting to know what we’re going to do about it.
And if we’re willing to return her call what might she expect us to be doing?
She would certainly be telling us to fight a Bill which would require doctors to kill patients; which will make disabled people believe they would be better off dead; which will compromise patient safety; and which will allow politicians to use the new law as a pretext to withdraw resources from the care of the sick. Far from providing dignity in dying these proposals will sound the death knell for Britain’s outstanding hospice movement and palliative care.

But Phyllis would also expect us to be speaking up for the unborn child and challenging attitudes and laws that lead to the killing of 600 unborn babies each day; that permits eugenic abortions up to and even during birth where a child is disabled; and she would want us to highlight the evidence of the physical or psychological effects of abortion on women.
She would surely be urging us to see the undeniable and intrinsic connection between human rights, human dignity and the sanctity of human life itself.

Phyllis would want to know what we are doing to challenge this degraded and disgusting culture of death – as Pope John Paul described it.

When rights are exercised in a vacuum it is catastrophic for the weak and vulnerable. Globally, abortion has become the most lethal weapon of mass destruction. Unborn children are hunted down and eliminated in their millions — often, in poorer countries, under pressure from western nations.

As the story of China’s Chen Guang Chen illustrates – the blind human rights activist jailed for 4 years for exposing the forced abortion of 130,000 women in Shandong province – this can also involve the mass violation and abuse of women as well as the killing of their children on an industrial scale.

This remarkable blind man has opened the eyes of the world to the enormity of what it is that we permit both in our own nations and export or aid and abet in others. With the elimination of up to 200 million baby girls, the three most deadly words in the world have become “it’s a girl”. Phyllis Bowman would want to know what urgent action we are taking to challenge the British Government’s support for population control agencies and policies.

And Phyllis would also be urging us to challenge the experiments which have destroyed more than 2 million human embryos and led to laws which permit the creation of animal human hybrids.
Phyllis was withering about the hype generated about cures for every ailment known to man which, all dependent on the sacrifice of millions of human embryos, while the real cures are coming from adult stem cells:
“. Their claims of miracle cures became more and more extravagant in order to blind the public. Newspapers and politicians lapped up their stories without ever checking the facts. “Even today, the scientists involved in embryo production make exactly the same promises: their work will find cures for the incurable. Yet, in the last 23 years, the relentless and destructive experiments on human embryos have produced not one treatment or cure of any disease.”
– And she would be insisting that good ethics and good science must march hand in hand.

Above all Phyllis hated the cover up and the manipulation of debate.
She would be urging us to challenge political correctness and that other PC – political cowardice and she would want us to challenge the powerful vested interests in the reproductive rights lobby and pharmaceutical industry which have dominated the debate.

For Phyllis Bowman there was always one more battle to be fought; one more life to save; one more mind to change; one more letter to send; one more volunteer to encourage; one more campaign to plan. The destruction of innocent life stirred her conscience and it should stir ours. The divisions which have dissipated the work of the pro life movement broke her heart.
The best memorial to Phyllis Bowman’s memory would be for the rising generation to now build on her considerable legacy, to forge new alliances and unity, and to make the right to life the supreme question of the times – and, remember, “it’s urgent.”

When we hear the name of St Thomas the Apostle, our thoughts usually lead to us
to remember him as the ‘Doubting Thomas’ from the passage that we have just
heard in the Gospel.

However, the Gospels also reveal Thomas’ more positive forthright nature and his
readiness to challenge those around him.

At the Last Supper, Jesus tells the apostles that he is going to prepare a place for
them in heaven, so that when he comes again he will take them with him to be
with him. Jesus then says to them, “You know the way to where I am going”.
It is Thomas who then challenges him by saying “Lord, we do not know where you
are going; so how can we know the way?” (John 14: 5) Jesus begins his response
with the words “I am the way and the truth and the life. No one comes to the
Father except through me.” (John 14: 6)

Those feisty and challenging qualities of Thomas were used by Jesus to unfold his
teaching to his Apostles and to reveal himself as the Way, the Truth and the Life
for all men and women. Like Thomas, as followers of the one who rose from the
dead and bestowed new life on the world, we are called to be followers of the Lord
of life, not of death.

As I speak of the feisty and challenging qualities of someone who followed the
Lord of Life, I am sure that you like me will smile and remember with warm
affection the life of Phyllis Bowman. Since her death, many tributes have already
been made to her in the press and online. We will also hear some more reflections
on her life from her close friends and colleagues at the end of this Mass.
Nevertheless, I would like to take this opportunity to pay my own tribute to the
many years of generous service and the unfailing witness which Phyllis gave to the
promotion of the dignity of human life and her unequivocal commitment to the
legal protection of human life from the moment of conception until natural death. 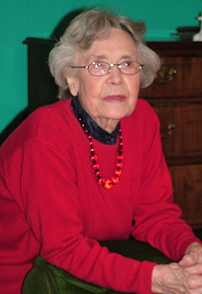 Her service, witness and commitment was rooted in her for love for God and
sustained by the help and support she received from her husband Jerry.
Our faith in the Lord of Life challenges us to promote, in every legitimate way we
can: “each human being’s right to life and physical integrity from the moment of
conception until death; the rights of the family and of marriage as an institution
and, in this area, the child’s right to be conceived, brought into the world and
brought up by their parents” i. That is what Phyllis did throughout her life. Indeed
her work was to form one of the foundation stones upon which some of the prolife
organisations represented at this Mass today were built.

The Catholic Church is absolutely committed to promoting the dignity and value
of human life. That commitment is motivated by love, a love which has its source
in God’s love for his creation. All of God’s creation is a precious gift and should
be cherished. None more so than men and women, who we believe are created in
the image and likeness of God. This precious mortal human life begins at the
moment of our conception and ends at our death; its dignity and value is raised
above all creation because it is destined for immortal life and a loving union with
God.

Indeed, it was this love and respect for human life which was one of the
reasons which led Phyllis to become a member of the Catholic Church.
In his very first encyclical, Deus Caritas Est, Pope Benedict XVI said, “As a
community, the Church must practise love. Love thus needs to be organized if it is
to be an ordered service to the community.” ii For good organisation there also
needs to be a shared vision and a unity of purpose.

The Catholic Church and all who are committed to the promotion of the dignity
and value of human life face ever new challenges. For example, only today we see
yet another proposal in favour of legalising assisted suicide. This demonstrates the
need therefore for all who are pro-life to work together as closely as they can in
facing those challenges.

The death of Phyllis and, just a few days ago, the death of her colleague Ken
Hargreaves, a former MP and the Chairman of Right to Life, does not mark the
end of their witness to the love for life but an entry into a new phase. It is perhaps
an opportunity for the pro-life movement in this country to pause for thought at
this time; pause to consider how best that love for life should be organised as
individuals, as organisations and in partnership with one another.
Phyllis Bowman was without doubt a true champion and, in the mould and spirit
of St Thomas, an energetic and resolute ‘apostle’ of the precious gift of human
life. May Almighty God grant her soul, peace and rest, and may the prayers of
Mary the Mother of God, bring consolation to her husband and family. We pray
too, that the Lord will give us here today the courage and determination to work
together and organise our love in the interests of promoting the dignity and
sanctity of human life as an ordered service to our society.
Vincent Nichols

i Donum Vitae, Instruction on ‘Respect for Human Life in its Origin and on the Dignity of Procreation’
issued by Pope Benedict XVI in 1987, when as Cardinal Ratzinger he was Prefect of the Congregation
for the Doctrine of the Faith
ii Deus Caritas Est§20